History of the Potato 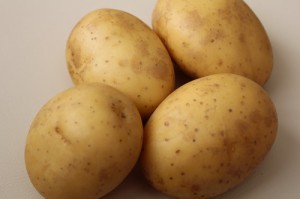 Potato (Solanum tuberosum) is a perennial plant of the family Solanaceae . Potato is the most widely cultivated among tuberous plants in the world and is fourth in the volume of raw produce.

Potato originates from South America, probably somewhere in today’s Peru, Bolivia and Chile. The rest of the world spreads after the contact of Europeans with America in the late 15th and early 16th centuries. There are over 200 wildlife species in South America.

In the 16th century, the potato was imported into Spain and spread throughout the rest of Europe, North America, Africa and Asia. 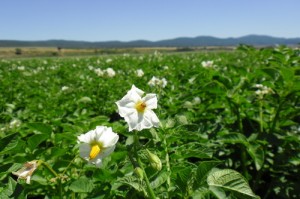 Potato plants grow low to medium and have white to violet colors with yellow stamens.

Much of the varieties of the potato have two-pointer colors, containing both male and female genitalia. Pollination is most often crossed with other potato plants, but there is also a significant amount of self-pollinating varieties. Potatoes can also be propagated vegetatively by planting pieces of tubers cut so that they have at least one germination or by planting whole tubers. 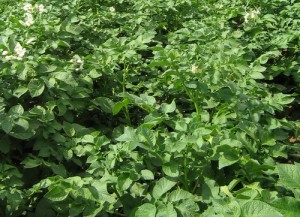 After flowering some varieties form a fruit that resembles a small green tomato that has seeds. Each fruit can contain up to 300 seeds containing poisonous substances. Therefore, these fruits should not be consumed.

The precursor of modern cultivated potato is tamed in the Andes, and the latest genetic analysis shows that the potato was cultivated by an ancestor in Peru and that the species has spread from there.